Following a Texas A&M afternoon football game, we headed east to the Stubblefield Lake Recreation Area in Sam Houston National Forest for an overnight stay followed by adventures on the Lone Star Hiking Trail the next morning.
There is no chance of getting last-minute camping reservations on weekends in most areas of Texas right now.  This is our prime time of year with ideal weather for outdoor recreation.  Additionally, much of the state experienced destructive floods earlier this year, which left many of our public and private facilities closed and has squeezed outdoor enthusiasts into a smaller selection of local destinations.  The main Stubblefield campground is first-come-first-served, and provides campsites with amenities for a fee.  The Overflow campground is basically an unimproved parking lot offering dry camping, and that's where we ended up because we rolled into the area well after dark, long after all the pay spots were taken.
I'm a "football widow" at this time of year, so I enjoy any opportunity to snag my husband for a hike, no matter how much we have to work around the game schedule. 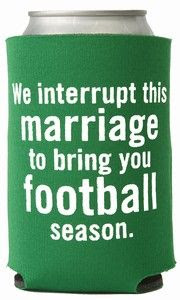 All in all, a beautiful hike, plus we gained confidence in our ability to find last-minute dry-camping resources in the National Forest during peak season.  I'm looking forward to our next exploration.
Posted by Interstate Blog at 9:45 AM No comments:

STORING MANY SHOES IN AN AIRSTREAM INTERSTATE

Shoe storage doesn't sound like something that would warrant a blog post, but I often have to travel with at least four pairs of of the danged things, two of which are massive:  street shoes, hiking boots, steel-toed boots, and public shower flip-flops.  Add one other person to that traveling mix and suddenly there are at least six pairs of shoes.  In the small space of an Airstream Interstate, this can become a case of All Shoes, All The Time.  I got tired of tripping over the danged things in the middle of the night and having them tumble from overhead cabinets, so I decided to give them special accommodations.

For smaller women's shoes storage, I simply expanded on the idea I had for food storage in Airstream's triangular overhead cabinets, except this time I used my Container Store over-door shoe pocket remnants for some actual shoe storage.
Two down, three or four to go.  Next I wanted to figure out what the heck to do with two large pairs of hiking boots and/or one pair of hikers and one pair of steel toes.
Especially in our Gulf Coast region with its characteristic clay "gumbo" soils, hiking boots can get incredibly nasty.  I wanted some kind of a catchment device to store the mud, sweat and tears associated with a hard hike.
It looks rather large at first sight, but check this out:

Posted by Interstate Blog at 4:45 PM No comments: